Margaret's LVAD: A Bridge From Heart to Heart 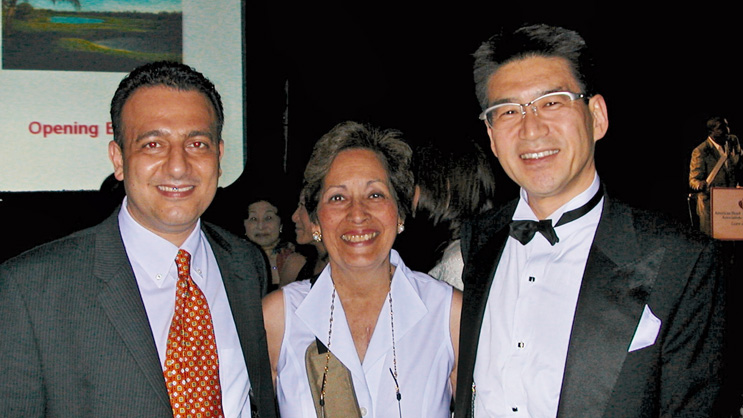 In 1999, Margaret Fiore Lizardi was in her mid-50s with a high-powered job—Director of Administration for a New York law firm. Her doctors discovered a calcification of the aortic valve that may have resulted from a childhood bout of rheumatic fever.

Surgeons replaced Margaret's valve and later gave her a pacemaker. But in 2005, she was diagnosed with stenosis of the aorta and her symptoms were so severe she could no longer work.

After consulting with specialists all over the country, Margaret finally met with Drs. Mehmet Oz, Donna Mancini and others at NewYork-Presbyterian/Columbia. Their verdict: in a few years' time, she would need an LVAD and then a donor heart.

Margaret delayed the LVAD surgery as long as she reasonably could, and in 2009, took "the trip of a lifetime—a 12 day cruise to Europe." On her return, she was so ill she had to be hospitalized.

In March 2010, Dr. Yoshifumi Naka implanted Margaret's LVAD at NewYork-Presbyterian/Columbia. "I call now myself a lady-in-waiting," she says, "because my device functions as a bridge to transplant."

To her surprise, Margaret started feeling better two weeks after of LVAD implantation. "This was the first time in years," she recalls, "that I could walk, talk and breathe at the same time."

The LVAD team at NYP/Columbia gave Margaret the best of care, then prepared her to go home. First they taught her husband, Michael, to change her dressing and then they showed the couple how to manage the LVAD equipment: the controller, charger and battery pack.

Margaret’s physicians arranged for her to do her cardiac rehailitation at a hospital closer to her residence. Today, she walks three-quarters of a mile to the facility twice a week then spends fifteen minutes on the treadmill, another fifteen on recumbent bike.

Other activities she has been able to resume: shopping with her husband-"the first time I went to Costco, it was a big event"—dining out, movies and the theatre.

The Lizardis have also mastered the logistics of traveling with an LVAD. "We head for the beach at Fire Island on weekends or take the occasional trip upstate. Other LVAD patients are amazed to hear this. But we just pack the gear and go," Margaret reports, adding that they flew to Florida recently to see their son.

While Margaret waits for a donor heart, she speaks to LVAD support groups, telling patients and their families how to live with this device.

"An LVAD requires you to adapt both physically and psychologically," Margaret says. "On difficult days, what gets you through is a sense of humor and a dose of gratitude."

"This device allows you to continue being with your spouse, your children, your grandchildren," she adds. "Don't be afraid of the technology-learn to live with it. The gift of life is unbelievable."