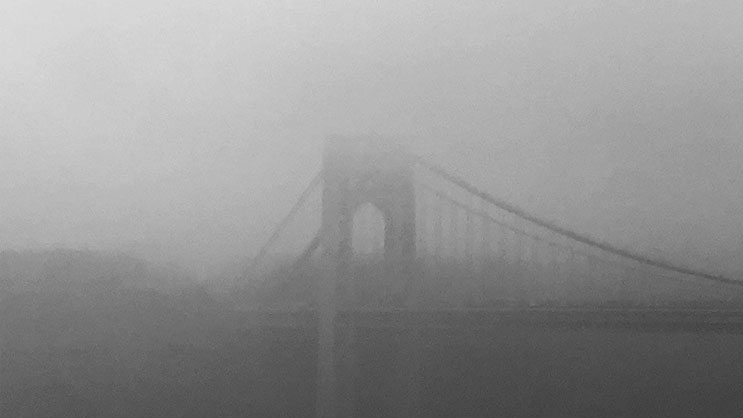 Each day during the COVID-19 crisis, Dr. Craig Smith, Chair of the Department of Surgery, sends an update to faculty and staff about pandemic response and priorities. Stay up to date with us.

On what many consider to be the official first day of Spring, I can barely see the New Jersey tower of the GWB.  Luckily, our restart plans are not taped to the tower steel.  The ICU census at CIUMC reached 189 this morning, with 198 on ventilators, both levels not seen since April 9.  As promised, decanting the ORICUs has received priority.  6 of the 23 ORICUs are empty (including my room, OR 22!).  The Trach Team (staffed collaboratively by ACS, Thoracic, and ENT) has done >100 tracheostomies in two weeks, 20 today alone.  As the ORICUs empty the engineering team can work on converting them back to functional ORs, which is not as simple as brooming them clean.  Some construction is involved.  The anesthesia gas machines that have been serving as ventilators for COVID patients must be terminally cleaned or replaced.  Meanwhile, expanding procedure volume is propelled by a universal enthusiasm that will surprise no one.  NYP will be reopening the 8 Heart Hospital ORs that weren’t converted to ORICUs as quickly as they can be staffed.  This week each of our Division Chiefs submitted for scheduling a rank-ordered list of patients in the most urgent of the three urgency categories delineated last week.  That should allow us to keep working our way down the urgency gradient while the committee approval process currently in place gradually atrophies.  I am guardedly optimistic that we will have semi-block scheduling in a week or two.  That is not the same as our usual block scheduling for elective cases, but we will get back to that eventually.

In third grade I lived in semi-rural Illinois, and attended Lincoln Elementary School, which so far has escaped value-shift renaming.  May 1 brought “bringing in the May,” with May baskets and related celebrations.  I was one of the lucky lads chosen to do the Maypole dance with an equal number of young maidens, having not a clue that I was participating in a licentious fertility rite so pagan that it was banned by the Puritans—an excellent endorsement, as I learned later in life.  Celebration of May Day is Celtic in origin, and was called Beltane.  To Celts it is a “cross-quarter” day, marking the approximate mid-point between the vernal equinox and the summer solstice.  It has a counterpart on October 31, halfway between the autumnal equinox and the winter solstice, called Samhain, and now Halloween.  I hope to see so much progress in our pandemic-control measures that any lingering Celts will feel much more celebratory by Samhain.

Mayday is also a universal distress signal, selected in the 1920s to facilitate unambiguous vocal communication.  S.O.S works fine in telegraphy, but isn’t suited to vocal media because of phonetic similarity between “S,” “F,” and “X.”  In addition to a distinctive audio fingerprint, “mayday” was chosen as a homophone of “m’aidez,” which is French for “help me.”  In either language we’ve had plenty of maydays in March and April, from patients, from other institutions facing their own surges, from people out of work or struggling with home-schooling, and even from providers.  Some not in time to help.  We don’t need a new word, but we look forward to better weather.

Get Dr. Smith's COVID-19 updates in your inbox.