Surgical and nonsurgical options from our Plastics Team

The cosmetic surgery used to correct, and/or improve the appearance of one’s nose, is known as rhinoplasty. Commonly referred to as a “nose job” or nose surgery, a rhinoplasty is often used for cosmetic purposes as an enhancement to one’s most prominent facial feature, and can boost a patient’s self-confidence. Rhinoplasty can also be used to treat a variety of health related issues, such as obstructed breathing or abnormalities in the structure of the nose.

For many people the size and shape of their nose is the result of genetics, but other factors can contribute a patient’s nose such as injury. Rhinoplasty surgery can help a patient in the following variety of ways:

Benefits to improving one’s nose can extend beyond the physical. The psychological impact of correcting such a prominent facial feature can be quite significant. Correcting a nose that is too large or misshapen can boost self-esteem, which can improve not only social interactions but professional interactions as well.

To achieve the best possible results, it is important to discuss expectations and desired goals, openly and honestly, during your consultation. Contact us today to schedule a consultation.

Rhinoplasty improves the appearance and proportion of one’s nose as it enhances facial harmony and self-confidence. Rhinoplasty may also correct impaired breathing caused by structural abnormalities in the nose.

While rhinoplasty is more common among women, it is also one of the most common cosmetic procedures undergone by men. Because of the nature of the blood supply to a man’s face and bony structure, male rhinoplasty patients will typically experience more swelling and bruising than women. Men usually need 6-8 weeks before returning to a full spectrum of jogging and aerobic activities in order to allow the bones to heal and the tissues to reduce their swelling.

While the shape of one’s nose is usually the result of heredity, its appearance may have been altered in an injury or during prior surgery. Rhinoplasty is appropriate for altering:

Rhinoplasty may be performed by either an "open" or a "closed" procedure. In an open procedure, incisions are made inside the nose, as well as a small incision between the nostrils at the base of the nose in order to expose and visualize the underlying bone and cartilage, which are then reconstructed to its desired shape. In a closed procedure, all incisions are made inside the nose, which allows for internal access to the bone and cartilage but leaves no visible scarring. While many procedures today can be done via the closed technique, an open procedure may be required in more complex cases. After an open procedure any incision scars are still virtually unnoticeable due to their placement along natural creases around the nose.

Rhinoplasty may be performed under local or general anesthesia. 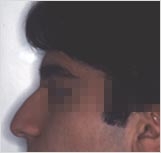 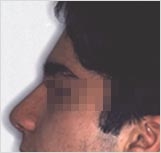 If you are considering a cosmetic procedure, our team is here to help. Call us at (212) 305-5868 or request an appointment online.