What is cleft palate?

Cleft palate is a condition that occurs when the roof of the mouth (aka the palate) does not completely close during development, leaving an opening, or cleft. It is a congenital condition, meaning that it is present from birth.

The cleft may involve either side of the palate, though the left side is more common. It can extend from the front of a baby's mouth (hard palate) to the throat (soft palate).

Cleft palate may occur on its own, or it may be associated with cleft lip.

What is cleft lip?

Cleft lip is a congenital condition in which the upper lip does not completely close during fetal development. The degree of the cleft lip can vary greatly, from mild (a small notching of the lip) to severe (a large opening from the lip up through the nose). Cleft lip is often more noticeable than cleft palate.

How are cleft lip and cleft palate categorized? 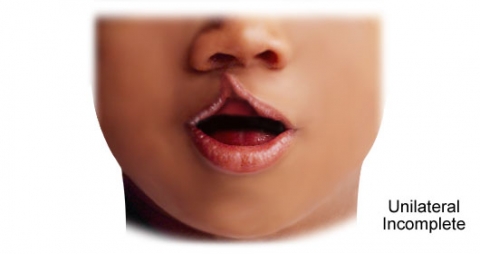 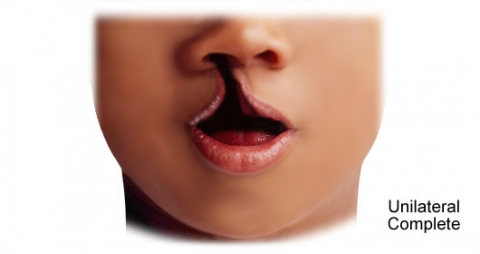 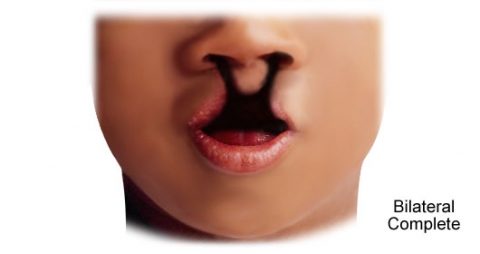 How common are cleft lip and cleft palate?

The causes of cleft palate and cleft lip are not completely understood, but it appears that the conditions involve both genetic and  environmental factors. It is estimated that there is a 4-6% chance of a cleft occurring in a child if the parent has a cleft.

Risk factors thar raise the odds of giving birth to a baby with cleft palate or cleft lip include:

Approximately 20% of cleft palate and lip cases are associated with various syndromes, including:

What are the symptoms of cleft palate and cleft lip?

Beyond the appearance of the condition, other symptoms are associated with cleft lip and cleft palate, including:

How are cleft palate and cleft lip diagnosed?

Cleft lip can occasionally be diagnosed on ultrasound during pregnancy. Once the baby is born, a diagnosis can often be made with a physical examination alone. Following the cleft lip or palate diagnosis, further tests may be necessary to determine whether the condition is associated with a syndrome, such as velocardiofacial or Pierre Robin syndrome.

What is the treatment for cleft palate and cleft lip?

The most common treatment for cleft lip and cleft palate is surgery, which will be decided based on the child’s age, nature of the cleft, and whether the cleft is associated with a syndrome.

Surgery for cleft lip alone can occur within the first few months of life, when the baby is 10-12 pounds. The surgery involves closing the lip, and more severe cases may involve orthodontic treatment as well. A second operation may be necessary, especially in older children, to complete the repair.

Cleft palate surgeries repair the roof of the mouth to allow the child to eat and speak normally. Because repairing a cleft palate is more complicated than repairing a cleft lip alone, these surgeries are typically performed when the child is 9-12 months old and will respond better to surgery. A second operation may also be necessary depending on the extent of the condition.

Sometimes surgical repair for cleft lip and palate may involve bone grafting the dental ridge of the upper jaw. Bone grafting involves removing small pieces of bone from the hip, ribs, head, or leg and using the removed bone to reconstruct the cleft near the teeth. This approach allows for the creation of a continuous upper gum that can support the teeth, lip, and nose. With the bone graft in place, missing teeth can be replaced my moving adjacent teeth, using a dental bridge, or implanting dental metallic bone.

What are the risks associated with cleft palate and cleft lip surgery?

Repair of cleft lip and cleft palate have high success rates. The most common complications include:

More severe complications, such as infection, are rare.

If your child has a cleft palate, cleft lip, or any other craniofacial issue, our team can help. Our Columbia Surgeons provide the highest quality of craniofacial surgery care at the Cleft and Craniofacial Center at Morgan Stanley Children's Hospital of New York.